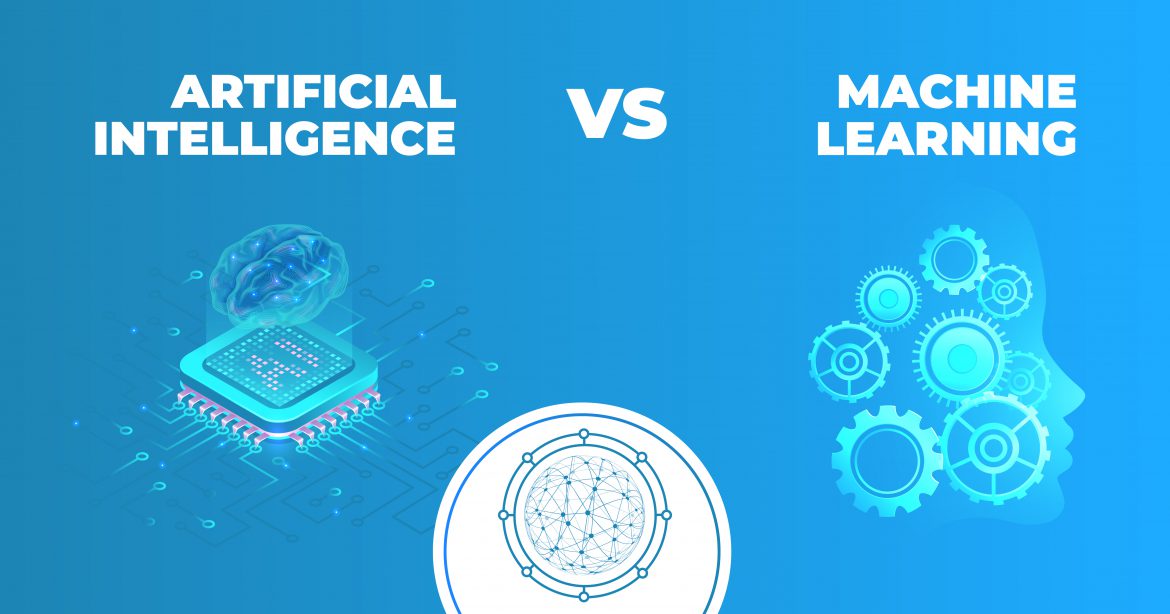 The two major terms of computer science known as Artificial Intelligence and Machine learning, are correlated with each other. They have proven to be the most efficient thus, the most trending technologies to be used in the creation of intelligent systems. Artificial Intelligence VS Machine learning is one of the hot topics that need to be focused on when looking to develop a smart system. With the immense importance that these two technologies withhold, it’s unfortunate that many tech-driven organizations falsely claim to use these, leading to deceiving their customers. A report recently stated that 40% of European startups that claim to use AI (Artificial Intelligence) and ML (Machine Learning) don’t use the stated technologies.

In order to fully understand the core, we need to dive into what they actually mean and what features differentiate one from the other.

These two technologies are commonly confused with one another leading to false claims of usage. The best and the shortest answer to artificial intelligence VS Machine learning is that:

Artificial intelligence is a field of computer science that makes the computer mimic actual human behavior, meaning that they act and like real humans. The two words that it comprises of, “Artificial” and “Intelligence” means human-made thinking power.

Machine learning allows a system to make predictions and decisions by analyzing historical data without being explicitly programmed to perform any particular task. It can be divided into three subcategories:

What is Artificial Intelligence but not Machine Learning

There are two ways in which computers gain the ability to perform tasks like humans, which are:

In the first approach a definite set of rules have been integrated within the systems and the machines act according to that, such behavior is called intelligent. A car accelerating when there is no car ahead to a limit and decreasing the speed to a certain speed when it encounters a speed breaker means it is following a set of rules without making predictions and decisions on its own. This is called the Knowledge-Based Approach in AI. In this way, no concept of machine learning is integrated within the system as the machine is not learning anything on its own and just following the rules it has been provided with.

Looking at the recent time, this approach is still used in many areas however, the results have not been found to the as efficient and effective in many cases compared to a situation where Machine learning has been thoroughly used.

Does Artificial intelligence include Machine Learning?

Looking at the second approach mentioned above that is “Computers learn all by themselves” instigates a computer behavior in which it makes spontaneous decisions based on the set of previous data it has been provided with. It analyzes the historical data that is provided by the human and automatically devises the correct set of rules that have to be implemented regarding the situation at hand. This approach where the computer infers rules and learns by itself by making use of the provided data is called Machine Learning. This war of Artificial Intelligence VS Machine learning can be put to bed as here both of them are being used simultaneously.

When training an ML model to be used with AI, it requires giving the ML algorithms big chunks of data and one of the many learning models to extract processed, meaningful information out of it. It works for specific domains where we are aiming to create models to detect separate items.

Today we see thousands of areas where Artificial intelligence has been used to make our daily life tasks easy. The simple interaction that is seen between the human and machines in Google Home, Siri, or Alexa have been empowered by AI, but what’s behind them is the training models and predictions systems of Machine Learning. By understanding the Artificial Intelligence VS machine learning dilemma, these tools can be applied in the operations to bring a more fruitful output.